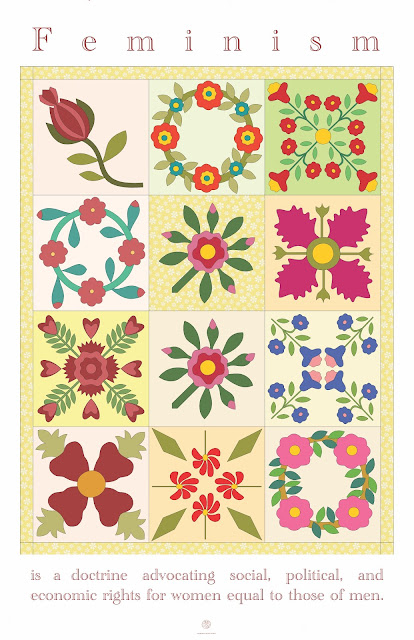 The dictionary definition works for me:

“fem-i-nism – n. 1. a doctrine advocating social, political, and economic rights for women equal to those of men. 2. a movement for the attainment of such rights.”


poster available here
Posted by The Red Coat Writer at 3:27 AM 1 comment: 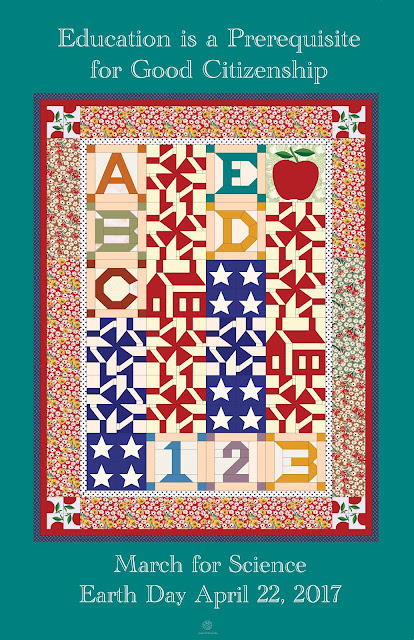 When you set about to make a quilt, you usually have some goal in mind – to recycle those old sewing scraps, decorate the house, welcome a newborn baby, celebrate a wedding, an anniversary, or a life-long friendship.  The end is informed by your intention at the start.


The same can be said of an education.  What you end up with depends on why you started: to make more money, to improve your mind, to master a skill.

Education is the best investment a young person can make in his or her future.

People who have knowledge and skills, who are able to think clearly and to express their thoughts in speech and in writing, make better citizens too.  They are better able to understand themselves and the world around them and thus make more informed decisions.  Educated people also have higher voting rates. In fact, the single most important socio-economic factor affecting voter turnout is education.  The more educated a person is the more likely he or she is to vote.

Education is good for democracy.

The Founding Fathers understood this.  After the American Revolution (1776), Benjamin Franklin, Thomas Jefferson, John Adams and other American patriots saw public education as the most effective means of protecting against tyranny and preserving the democratic ideals the original 13 colonies had fought so hard for and won.

Not long after United States was founded, there was a call for public financing of education.  The aim was to instill civic virtues as much as learning and the advancement of ideas, and it was important that education be universal, non-sectarian – and free.

The whole people must take upon themselves the education of the whole people and be willing to bear the expenses of it. There should not be a district of one square, without a school in it, not founded by a charitable individual, but maintained at the public expense of the people themselves.   - John Adams, U.S. President, 1785


Indeed, the Founding Fathers saw education as a prerequisite for good citizenship.

Among those who have been denied an education, none have written more powerfully as to the power of the simple ABCs as Frederick Douglass, an American slave. In his book, Narrative of the Life of Frederick Douglass, An American Slave, Douglass describes the new life he came to at age seven when he was sold from the plantation where he was born and came to live in Baltimore in 1825:

Very soon after I went to live with Mr. and Mrs. Auld, she very kindly commenced to teach me the A,B,C. After I had learned this, she assisted me in learning to spell words of three or four letters.  Just at this point of my progress, Mr. Auld found out what was going on and at once forbade Mrs. Auld to instruct me further, telling her, among other things, that it was unlawful, as well as unsafe, to teach a slave to read.  To use his own words, further, he said "If you give a nigger an inch, he will take an ell. A nigger should know nothing but to obey his master – to do as he is told to do. Learning would spoil the best nigger in the world. Now," said he, "if you teach that nigger (speaking of myself) how to read, there would be no keeping him.  It would forever unfit him to be a slave.  He would at once become unmanageable, and of no value to his master. As to himself, it could do him no good, but a great deal of harm. It would make him discontented and unhappy." These words sank deep into my heart, stirred up sentiments within that lay slumbering, and called into existence an entirely new train of thought. It was a new and special revelation, explaining dark and mysterious things, with which my youthful understanding had struggled, but struggled in vain.  I now understood what had been to me a most perplexing difficulty – to wit, the white man’s power to enslave the black man.  It was a grand achievement, and I prized it highly. From that moment, I understood the pathway from slavery to freedom... Though conscious of the difficulty of learning without a teacher, I set out with high hope, and a fixed purpose, at whatever cost of trouble, to learn how to read.

It is to the memory of Mr. Douglass and my deep respect for him and his fixed purpose that I have made this ABC quilt.
What purpose is behind your education?

Out of Many, One 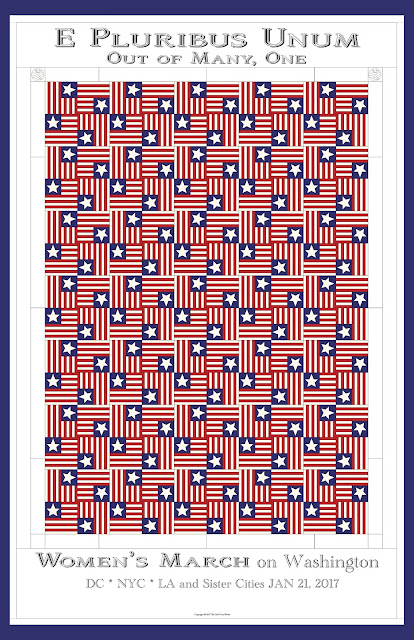 The Great Seal of the United States adopted by Congress in 1782 features an American bald eagle with a red white and blue shield on its breast holding a bundle of arrows in its left talon and an olive branch, an ancient symbol of peace, in its right.  The eagle, with its great wings outstretched to denote liberty and freedom, has turned its gaze toward peace.  In its beak, is a scroll, inscribed with the motto: “E pluribus unum,” which translated from the Latin means “out of many, one.”


When it first appeared in a literary magazine in the 1770s, the motto was accompanied by a drawing of a hand holding a bouquet of varied flowers, suggesting that unity and individuality can co-exist – a very different metaphor from a “melting pot” where the individual parts eventually become indistinguishable from one another.   The motto as included on the national seal came to refer to the union between the states and the federal government, but in early drawings of the seal, it evoked as well the six European nations that had settled North America: the rose (England), thistle (Scotland), harp (Ireland), fleur-de-lis (France), lion (Holland), an imperial eagle (Germany).

The motto describes an action: many uniting as one.  Unity is an action, a power of the soul and the spirit.  It requires individuals to stand up as individuals, and the whole to embrace them.  It is a call to action at the foundation of our republic.  It is the cause of our liberty and our freedom and it requires courage, tolerance, care, responsibility, respect and knowledge.

After the Revolutionary War, women began to sew quilts with patriotic themes.  Pieced or appliquéd quilts (also known as patchwork quilts) featuring the American Flag, the Liberty Bell, and the American eagle became especially popular in times of national emergency or celebration, such as the Civil War or the Bicentennial.  In these patchwork quilts, hundreds of small pieces in varied shapes, sizes, colors and patterns were sewn together to form a large and useful covering, but the beauty of the quilt is the unity created by the composition of the many patches, and the strength is its firm backing, its strong binding and thread. 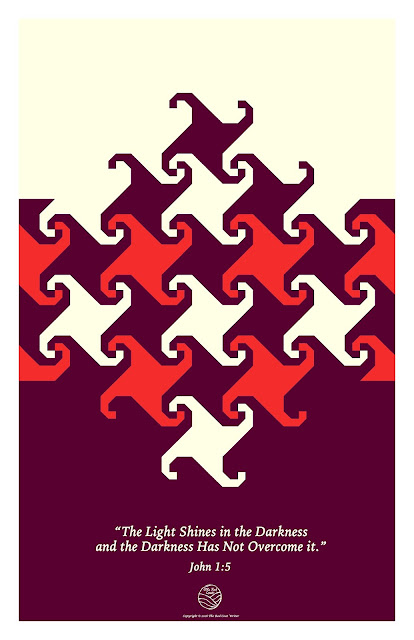 I grew up in a semi-rural community just outside of Detroit.  My mom worked as a clerk in the building department at city hall and wrote poetry and political satire at night.  My dad drove a truck.  We lived in an old farmhouse on a couple acres of land, just far enough away from the neighbors, mom always said, on a mile square tract of fields plowed with rows of corn and soybean and bisected by the old county ditch running through it.


Bleakness hung in the air. There was a perpetual cloud over the house, not quite darkness nor yet cloudburst that might flush away the blue-collar gloom, but instead a paradox of inchoate form and overfullness that never gave birth hanging heavy with the smell of boiling cabbage, gravel and ash, axle grease and dirt.

Wintertime was my favorite season.  The bare trees standing in the oblique light expressed something inside me that I could not.  I was the immigrant’s daughter, my father from a land across an ocean, whose grandmothers had stood upon a black earth “sown with bones and watered with blood” in the catastrophe that had befallen Europe between Stalin and Hitler.

It was impossible to turn a blind eye to suffering and to the dark world of the human heart.  One could see it sometime in the people, those who sought money and power and held a hand over the bent heads of others.  My father would point it out, commenting in his oblique way, “the hand goes to the mouth.”  And I felt the shame of being human, trying to recall the better parts of myself, knowing darkness was there in all of us.

What is wisdom?  What is noble?

St. Augustine said that God gave man memory so that he might find the light inside him through the act of remembering.

Remembering leads back to a beginning, to the truth, as we recall the steps we took that got us where we are.

In Life, Each Must Sew Her Own 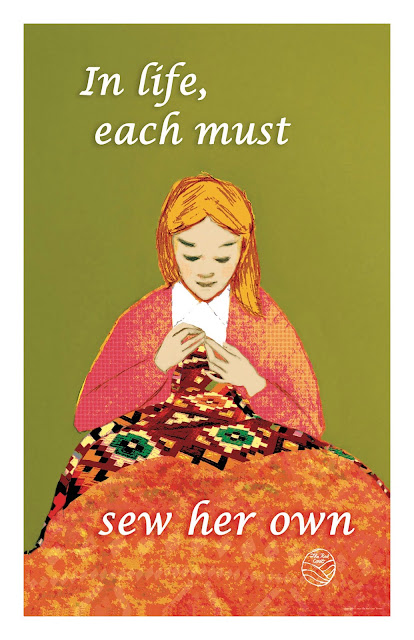 She stands in her magnificent robe and takes up half the sky.  She is the Protectress, still and silent.  Loving.  Her arms spread like sturdy boughs enjoin you to come and shelter there under her mantle of shade and solace.

You do not want to stand apart.

You seek her stillness, her silence, her strength.  Still, you try to give life to something inside of you, but you stare at your own brindled, late-blooming form and feel inadequate.  How am I to make the thing called me?  How am I to see who I am and clothe myself with grace and elan?

In his writings on faith, Danish philosopher Soren Kierkegaard says that the secret to life is that everyone must sew it for himself, the costume that one must wear in life. The coat in that old fairytale, the thread of which is spun with tears and bleached by tears, is sewn in tears, but the garment gives better protection than iron and steel.  The catch is, you have to sew it for yourself.

You were given the material: a life, which is your fabric, or perhaps you wove that cloth yourself from the many threads that were handed you, be they cotton, silk, poly or wool.  Not all fabrics are the same and what you start with is always reflected in the end, but it is up to you to work it.  Some fabrics are strong and suitable for making coats and work clothes, some for shells that are warm yet lightweight and travel well, some are best used for sportswear or tailored suits for business or for loose tops or crisp blouses or small underthings.  Some can hold a pleat while others find form more elegantly in soft, billowing gathers.  Some come to life in full skirts and party dresses.  Others are fit for a queen’s mantle, or the cloak of a protectress.

You can, of course, go against the grain.  However you work it, ultimately, it is up to you.  You decide how to make your own protection, your own comfort, your own confidence.  And then you work it, whether for yourself or to provide for others around you.

Every seamstress knows that a good result does not always come to the one who labors for it.  In life, in the physical world, there are no guarantees a garment will turn out.  Making one might not even be possible.  But inside of you, the part you clothe with inner work, anything is possible.  Here, effort is always commensurate with result.  You simply need to make the movement toward it.  For that is faith, that movement, a practice of human power.

You can create the Protectress inside of you.  You can find the mother and the father inside you and shape them into a coat that keeps you safe and warm and strong.

The Power to Stand Apart